After eating another lovely breakfast of meat, cheese, bread, and coffee, we waddled our way to the Kelenfold Ministry Center (KMK). With a word from Jayde on the refocusing of our minds on the eternal, the previous day having been a day at the beach, away from the English classes and biblical messages. Then, we ran headed to the aula to play some ice breaking games: Today’s being a collection of popular organized group dances such as the Cha-Cha Slide, Cupid’s Shuffle, Cotton Eye’d Joe, and the Macarena. After our dances, we had our first English class of the day. Then we worshiped and listened to a message prepared by Balint, one of our Hungarian leaders. All the Hungarian students and their respective Hungarian leaders went to small groups while the American team went to set up lunch, touch base with leaders, and pray over the trip. The came the second English class, then Game time! We played human fooseball and dodgeball. When camp was over, we met in the auditorium and recapped the day with questions, concerns, praises, and reflections! Then we went to eat at the Allee Mall, and visited the city to take pictures by the parliament building! Now, I’m sitting in my room, very sore, very happy, and writing this blog post! 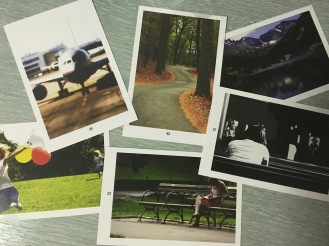 My favorite story throughout the day was when I was walking half of my English group (my co-leader Christine took the other half) through questions about ambiguous pictures from which I might gauge where they are coming from, their spiritual maturity, and home lives. I learned a lot about how the kids view their faith, and wow is it cool to see the lens from which they view it. For example, when asked “which pictures represent what you want your faith to look like?” one student chose and airplane, because he wanted it to be large, strong, and immovable. Another chose a river and a forest, because he wanted his faith to continually flow in him, and wanted it to be firmly planted and strong like a tree. Any yet another chose a women sitting in a pew because she wanted her faith to be one where she had the confidence that she could always go to God with questions and requests. The faith question was one of four questions from which I had the honor to hear from these kids on a much deeper level about where they were at with their faith and what they wanted to believe. After that group discussion, I shared with them Ephesians 4: 14-16 as a passage which provided encouragement and instruction on how to live the Christian life. I then introduced to them ways with with they would be able to strengthen there faith practically like reading the bible, praying, and worshiping – all of which we do together in chapel each day. The stage that this activity has set for the rest of our time here is one I can’t wait to see blossom as we continue to dig into the gospel message with our English Class!
Well, God is impacting my life with a big change of perspective. Many people know this is my first time overseas. When Almos – a Hungarian leader – was sharing his testimony (in Hungarian), I began to cry (despite not knowing what he was saying). I cried because it moved me so much to see people who are not only so incredibly genuine, but also genuinely wanted to know Christ and follow him. The big part of it though, was the realization that their ability to have a community of believers in their city is far more limited than it was for me – and yet I was the one who felt I was taking my advantage for granted because this is something that they YEARN for. I capitalized “yearn” to emphasis just how hard they want it. Christian community is something that has always been handed to me on a silver platter – one on which I rarely “yearned for.” If I wanted to go to a youth group full of of kids across the street, I could, and up until a couple years ago, I rarely ever did. God has taught me to not take what he’s given me for granted, that morality is nothing without salvation – a message Christine and I hope to work into the kids by the end of the camp!